Matt has twelve years of financial services experience and leads KPMG UK’s insurance prudential regulatory team. In this role, he provides assurance and advice to insurers and intermediaries in relation to understanding, and dealing with, the impacts of regulatory change on their business strategies and structures. Matt is currently advising a number of UK and European insurance groups and intermediary partners on the structural and operating model options available to them to be able to continue to underwrite and pay claims in relation to EU27 and UK risks in the event of a hard Brexit.

Gail has over 30 years of underwriting experience, evaluating the risks and exposures created by professional firms. Her career began with RSA where she held a variety of positions within their Profin business, culminating in her role as UK Regions ProFin Manager. In 2004 she joined Novae where she was instrumental in establishing their regional PI and D&O business before her move to Zurich in 2007. Her role within Zurich immediately prior to joining Lockton was UK Head of Financial Lines.
Gail’s role within Lockton focuses on a mix of client service and risk management for professional clients.

Stuart has over 35 years of experience in the insurance industry from founding Stuart Alexander Limited, built from 16 acquisitions to become a significant broker in the UK Retail market before being sold 14 years later, to CEO and Executive Chairman of Bluefin Insurance Services for eight years. Most recently Stuart was CEO at Arthur J Gallagher UK Retail Broking, reviewing and redirecting strategy to ensure improvement in performance.
Additional roles include Chair of the CII Broking Faculty 2012 – 2018 before becoming Vice President of the CII from 2012 – 2018.

Richard has over 30 years’ insurance experience and started his career with General Accident. In 2000, Richard moved to Hiscox Insurance Company where he took on responsibility for establishing the London Branch underwriting professional indemnity, commercial and high value household insurances.
During 2004, Richard moved to HCC International as a Director of the Professional Indemnity Division. In 2008, he took on the role of Head of Marketing & Broker Development working with all underwriting divisions of HCC International, before joining Manchester Underwriting Management in 2010, where he is the Director, with responsibility for Claims and for Marketing and Broker Development.

Mike is an Associate Director at Griffiths & Armour having joined as a graduate in 2006. He provides advice and guidance to a broad range of professions, with a particular focus on Professional Indemnity, Management Liability (D&O) and Cyber insurances for the UK financial services sector. He is a frequent presenter at risk management seminars, providing insight into the market and current claims issues. Mike plays an active role in the local insurance community and is the current Chair of the regional BIBA committee.

In January 2000 after a thirty-year career as national and international broker Roger set up a business advising professional bodies and trade associations and this led to a claims advocacy service for policyholders and increasing demand for his services as an expert to the courts; mainly in matters of insurance industry practice and broker/agent negligence claims. Since 2000 Roger has served in circa 140 cases as an expert to the courts. He is a member of the Academy of Experts. Roger is well known and respected in the industry for his independent advice and services and his special ability to get to the working heart of an insurance conundrum with the minimum of fuss.

Mental health in the workplace

Claire is one of the founders of Mental Health in Business Ltd – and her vision is to lead a global shift in mental health – especially in the work place. With her fellow directors she is passionate about helping to effect change by education, training and coaching; breaking down taboos and opening up the conversation about mental health. Aside from the work that she does in her business she is a prolific speaker and continues to be a committed volunteer, giving much of her time to her local Samaritans branch.
Claire also has a long standing career in the insurance industry – she has been leading insurance businesses for over 20 years and brings this valuable business and industry experience to the work that she and her team does with their many clients in the insurance industry.

David has over 35 years of experience in the insurance industry and since 2002 has focused on insurance broking compliance. During that time David led a group’s firms through authorisation, as well as providing technical compliance advice to a number of firms, from the international to the very small, on UK regulations.

David is able to bring a ‘regulatory mindset’ to his role at BIBA (which he took up in August 2013) having spent a number of years at the Financial Services Authority where he focused on insurance broker supervision.

Joe began his career with Deloitte in London, qualifying as a Chartered Accountant in 2001 and working as a Senior Manager at Deloitte in 2010, focussing on the general insurance sector throughout. Joe joined the FSA in 2010, initially acting as a prudential and client money specialist. Since the creation of the FCA Joe has worked as a technical specialist and manager in the GI Themes team. He has been responsible for leading a number of pieces of GI thematic work with a conduct focus, including work on conflicts of interest, pricing practices, value in the distribution chain, principals and their ARs and delegated authority.

Marvellous to see so many brokers at #BIBAScotland yesterday! Many thanks to all of you who took the time to visit our @Citynet_Lloyds stand. The winner of our Tipsy Tree Advent Calendar goes to Tom Aldridge from Blackford Insurance! Congratulations from all of us at Citynet. 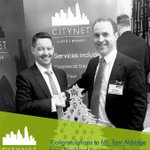 Another great BIBA event in Scotland! 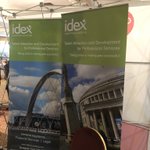 Reply on TwitterRetweet on TwitterLike on TwitterTwitter
We use cookies to ensure that we give you the best experience on our website. If you continue to use this site we will assume that you are happy with it.Ok